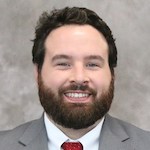 Kevin Hession was named the director of video production/broadcast engineer in November, 2019.

In this role, Hession is responsible for executing the production of Temple Athletics broadcasts for ESPN and the in-venue video boards at the Liacouras Center, McGonigle Hall, and the Temple Sports Complex. He also oversees for the day-to-day technical operations of Temple Athletics’ video production department.

Hession comes to North Broad after spending four years as Brown University’s manager of athletics multimedia and production. He oversaw Brown’s live video broadcasts, managed digital content across a variety of platforms for 18 sports, expanded the university’s reach through partnerships with regional and national networks, and provided live and tape delayed productions in football, basketball, soccer, hockey, and lacrosse.

While at Brown, Hession also managed video scoreboard operation for all home football games and directed the video board show for the 2016 NCAA Division I Men’s Lacrosse Quarterfinals. Additionally, he served as a multimedia consultant for several facility upgrades, including Attanasio Family Field, the Brown Softball Field, and the press box at Stevenson-Pincince Field.

Prior to joining Brown, Hession worked in corporate video at Silver Hand Productions and International Sound Corporation. He also served as an independent camera operator for a variety of events: the NASCAR Cup Series, the WNBA, the NBA Gatorade League, the NCAA Championships, and radio show simulcasts for the New England Patriots and Brown University Athletics.

Hession earned a bachelor’s degree in communications in electronic media from the University of Dayton in 2013. He received the 2018 Brown University Excellence Award in the category of Innovation for his work on Brown Athletics’ transition to live national and regional linear television broadcasting. Hession is also the recipient of the 2013 Si Burick Award of Excellence for Outstanding Academic and Co-curricular Achievement in Mass Media Arts at Dayton. 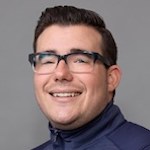 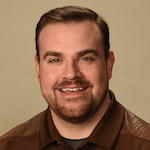